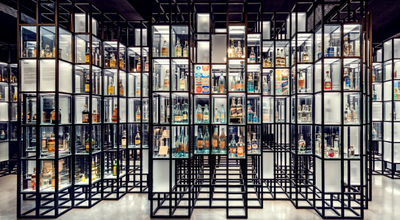 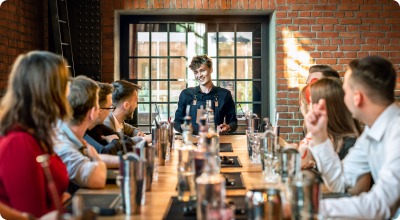 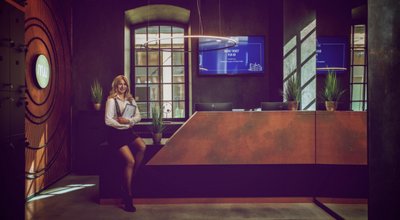 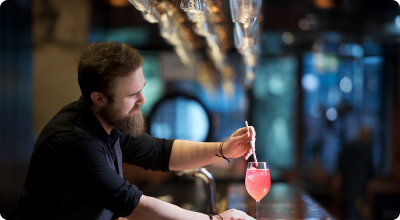 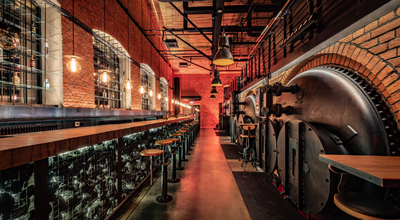 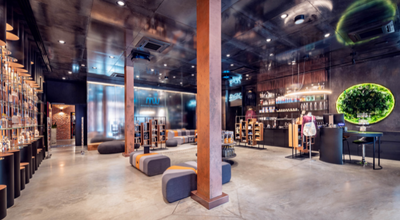 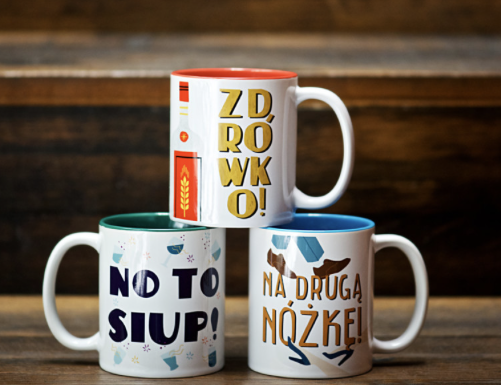 For some, raising a toast can only be associated with a boring point at the beginning of the wedding or an oratorical show of the supervisor during a business event. One toast will be entertaining, another will move or inspire. An unskilfully made toast can also be boring or even embarrassing. Let’s not forget that toast can also be something as simple as the joyful shout “Cheers!” before another sip of your favourite drink. All toasts have one purpose – making the moment more special to celebrate someone, something or just to have fun.

What is a toast?

Undoubtedly raising a toast is a ritual inextricably linked to drinking alcohol. Toast itself is a kind of short speech and as such should be considered as… literature! Although it is a simple form, it cannot be denied diversity. We have already mentioned that toasts can be more or less formal. In addition to the short ones, we can also sometimes find a very extensive toast. The speech can even be replaced by a song. Although the art of toasting today may not be used on such a large scale, this tradition is permanently inscribed in our history.

The history of toast

Toast, as a ritual way of alcohol consumption, has been present in culture since ancient times. Almost all past civilizations, independently, learned the techniques of obtaining alcohol and included it in certain rituals. These rituals have evolved into the habits that we now call a feasting culture. It makes social relationships stronger and at the same time, the toasts themselves were always connected to the idea of honouring a given person in public.

In ancient Greece the tradition of symposium was developed. Symposium consisted of a feast/banquet where apart from the meal the main activity was a celebration of joined wine drinking. An important part of such celebration was a ritual of libation -the pouring of a small amount of wine while reciting a prayer in honour of various deities, mainly Dionysus or the mourned dead. In time those invocations progressed into long forms such as hymns praising gods, heroes or important guests.

The entire culture of making a toast was further developed in the medieval Europe. Many interesting myths are connected to this period. One of them explains that the tradition of tapping each other glasses during a toast comes from the belief that the noise of the glass was supposed to deter the evil spirit from the house hold. Other sources claims that this custom came from the fear of poison – strongly tapping at each other glasses was supposed to cause the liquor to mix making any attempt of poisoning difficult. Although both of those theories seems attractive, nowadays we must treat them rather as myths – first of all most of the glasses during the medieval times weren’t actually made out of glass – it’s hard to imagine the distinctive noise of a toast without this material. Secondly strong alcohols were commonly drunk from a single vessel that was passed among the guests. Also the possibility of spilling the content seems against the theory of tapping glasses – in the old times such practise would be treated as a waste of precious drink. So what is the real explanation of the tapping glasses tradition? Unfortunately we are unsure.

During the Times of old polish nobility making of a toast was often known also as “wiwat” or “zdrowie” ( which can be loosely translated as “viva” and “for your health”). It comes from the belief that alcohol was supposed to be good for the general health. Nowadays we have an accurate view of how alcohol affects our bodies but the term “Na zdrowie!” used during toasting remains in use. During the feasts organised by old polish nobles the toasts were getting longer and often composed as hymns or even songs. The increased popularity of vodka consumption increased also the popularity of the toast formulas. The idea of drinking a toast was treated as a show of praise and support towards different offices and institutions or people, and that’s why the entire hierarchy of toasts was crated: The most important was the first toast usually made for the kingdom of Poland, the second one was reserved for the king, than the next ones followed for the queen, the archbishop, notable guests and in the end the host. Every toast was ended with the name of the recipient and the call “ Niech żyje!” ( “May he/she live[long]!). If You refused to make a toast , your action was considered as very impolite and offensive towards the recipient. That’s where the old polish custom of “przynuka” comes from – it was the custom of forcing each other to drink by adding more liquor to the glasses of other guests.

Later in time, toast kept its extensive form, and began to play the role of moralizing sermons or parables about nationality topics. This type of custom was described in The Trilogy by Henryk Sienkiewicz (one of the most prominent Polish authors from the XIX century and a Nobel Prize laureate ) and in Master Thaddeus written by Adam Mickiewicz (regarded as a national poet in Poland).

The contemporary tradition of toasts in Poland gradually started to disappear, just like the convivial culture. Also, the ritual of drinking “under the command” was replaced by the bar culture. Making a toast is only used in an official situation, it is an important part of diplomatic protocol. However, there is no reason for less formal toasts not getting back their foregone popularity and we believe there is a hope to reactivate the polish custom of toast. We often admire the Georgian or Balkan culture in which the custom of raising “cheers” is still a living art. But while admiring them, let us not forget about our own wonderful history of feasting.

Finally, we would like to highlight that old-polish custom of “przynuka” should be replaced by responsible consumption. Although the tradition of Polish toast is connected with drinking alcohol and the best way then it’s to “cheers” with Polish Vodka, in the end the most important thing is to celebrate the special moment with our loved ones. Sometimes just a symbolic toast is enough to create unique memories.